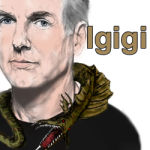 But I’m surprised at the number of stories that are gone.

It’s not that the authors stopped paying for their websites and so they vanished, only appear again through the magic of the web archive. It’s not that they deactivated their LiveJournal account and the fic died as an unfortunately side-effect.

Okay, sometimes it is exactly that.

But a lot of times, these stories were intentionally removed by the authors. The authors went through all the time and effort to create stories that people liked well enough to ask for them. In some cases, I see the same story asked for over and over and over.

Sometimes I can even track down the stories, and they’re good.

But they are, for the most part, gone. These children of some creative mind have been shuffled off to an early grave.

I wonder how many have died the death of the bad review?

Now, I’m not talking about professional texts. People are paying for that, so my tolerance for asshatary goes up. 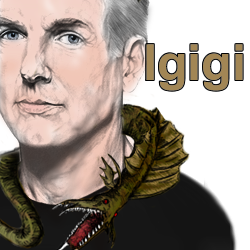 Even the person who one starred me and ripped into me for having a child raped on screen gets a pass from me, and those of you who know me know that I would spork my own eyes out before I ever wrote that so I don’t know if the reviewer confused my book with another or if they were skimming so fast that they somehow got confused and honestly thought my character was underage. Oh, and the rape is off-screen, but whatever. I get paid to write that, so I should be able to take some hits, right?

It stings, and sometimes I think of taking up voodoo, but I take it.

However fanfiction is a hobby. This is a fun activity done by fans who want to geek out and writing stories gives them a chance to do that. I’m writing a fanfic series right now where Gibbs and Tony are in Atlantis and I’m having fun turning Gibbs loose on some of the general stupidity. They want to walk through with very few supplies? Well, Gibbs (and his tok-ra like passenger) have a few things to say about that. It’s fun. See? FUN… in a masochistic, carpal tunnel inducing sort of way.

But then I get someone announcing that he doesn’t like my logic and he refuses to read more. Why? Because I had John kidnapped on Earth. Oh, and no Stargate characters ever get kidnapped on Earth… no. *insert eyeroll here* I was setting this during the beginning of Season Two when the Trust is one of the big bad guys, but if John were on Earth for six months, they wouldn’t take a shot at him, and because I think they would, he tells me I’m wrong and he’s out of there.

Good. Don’t let the door hit ya where the Good Lord split ya.

Why do people try and treat fanfic like professionally published works? Guess what, I don’t pay to have my fanfic edited. *gasp* That means it has grammatical errors—a lot of them. If that were for actual publication, I would track those suckers down and kill every bad pronoun reference.

However, hunting pronoun antecedent references and split infinitives isn’t fun. It isn’t even on the same continent with fun, and I want fanfic to be FUN. If people send me corrections, I often (not always) get around to fixing things on my website while I watch TV. I refuse to feel bad if I don’t, though.

I guess I just wonder how much really good fanfiction has been shuffled off to an early death because a fanfic reader started treating fanfic writers like professionals? How many creative minds have shut down in the face of criticism that is really unnecessarily harsh for a playground? I am totally willing to call Damien Hirst’s work utter shite, but I’m not going to say that to the couple doing chalk art on the sidewalk.

It just makes me sad that link after link is dead, and many of those authors intentionally took their balls and went home—or John and Rodney’s balls anyway. If there’s no money changing hands, it’d be nice if people used the backbutton instead of the snark button.